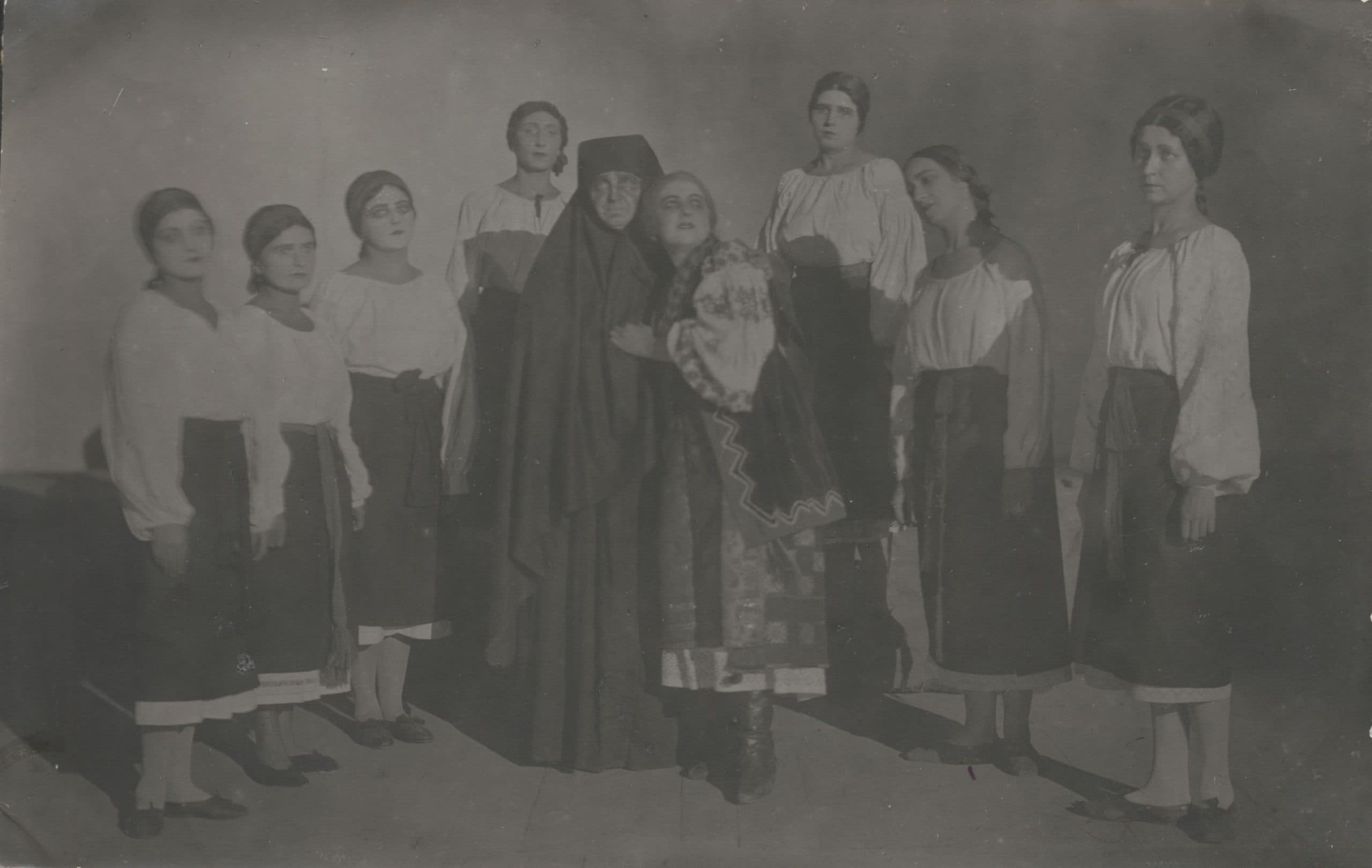 The Maria Zankovetska Theater was the only theater where Les Kurbas guest directed a show. The company’s roots can be traced back to September 1917 and the opening of the Ukrainian National Theater (UNT) in Kyiv, which Les Kurbas was involved with at the beginning. In 1918, the UNT, which performed at the Trinity People’s Building (today the National Operetta Theater), became the State People’s Theater (SPT). The company was led by Panas Saksahanskyi and included actors M. Zankovetska, L. Linytska, O. Polianska, V. Liubart, L. Shevchenko, H. Marynych and B. Romanytskyi. Among its premieres was the first performance in Ukrainian of Friedrich Schiller’s The Robbers (directed by P. Saksahanskyi).

The UNT-SPT was reorganized again in 1919 and renamed the National Theater of the Trinity People’s Building. Its name and leadership changed again by a government resolution in August 1922. The company started the new season on September 15, 1922 as the Maria Zankovetska Theater with the premiere of Hnat Khotkevych’s Troubles. O. Korolchuk and B. Romanytskyi were the artistic directors and the actors included M. Zankovetska, I. Marianenko, S. Pankivskyi, L. Linytska, V. Liubart and others. P. Saksahanskyi was the director and I. Buriachok was the set artist.

Taras Shevchenko’s Haidamaky premiered at the Maria Zankovetska Theater on November 3, 1922. It was in many regards a revival of Les Kurbas’s 1920 production at the Taras Shevchenko Theater. The set design (artist I. Buriachok) and musical score (Reinhold Glière, Naum Pruslin, Kyrylo Stetsenko) stayed much the same. “The Maria Zankovetska Theater made a great start by inviting Les Kurbas to direct Haidamaky. Kurbas’s adaptation of Shevchenko’s poem had the dynamics, character interpretation and rhythm of scenes that was missing in the old Ukrainian theater,” a critic wrote at the time.

Starting in 1923 the theater led a nomadic existence, with tours in Chernihiv, Poltava, Kremenchuk, Cherkasy, and other cities. For three seasons (1924-1927) it worked in Katerynoslav (today Dnipro). One of the best performances during that period was William Shakespeare’s Othello (directed by P. Saksahanskyi). Starting in 1927 it was again a touring theater and in 1931 it got a permanent home in Zaporizhzhia. Its repertoire was dominated by Soviet plays. Performances were directed by B. Romanytskyi, I. Bohachenko, I Chabanenko and others. The leading actors included V. Liubart, V. Yaremenko, D. Dudariev and V. Danchenko.

The theater was evacuated in 1941-1944 and returns to Lviv in autumn 1944. It is joined by Galician actors such as I. Rubchak, with whom Les Kurbas took his first steps on the professional stage. Les Kurbas’s student Borys Tiahno becomes the theater director in 1948-1965. His iconic performances included Ivan Franko’s The Dream of Prince Sviatoslav, William Shakespeare’s Hamlet, and O. Levada’s Faust and Death. One of his important organizational initiatives was the strengthening of the actor’s studio, which followed Les Kurbas’s principles of teaching acting.

Starting in the early 1970s there is a significant renewal of the company’s esthetic principles. Serhii Danchenko (1971-1978) is appointed director of the theater. The major milestones of this period were Danchenko’s productions of Fireplace Master, Richard III, Stolen Happiness; and O. Ripko’s adaptations of The Richynsky Sisters and Maria Zankovetska; Ladies and Hussars (directed by Z. Zhmanovsky). The theater’s leading actors were L. Kadyrova, L. Kahanova, B. Kozak, T. Lytvynenko, F. Stryhun, Bohdan Stupka.

Fedir Stryhun was in charge of the theater from 1987 to 2019. His notable performances included Mykola Kulish’s The People’s Malakhiy, Ivan Kotliarevskyi’s Natalka Poltavka, Ivan Karpenko-Karyi’s The Master, and Vasyl Bosovych’s Jesus, the Son of the Living God. In 2002 the theater was given national status. 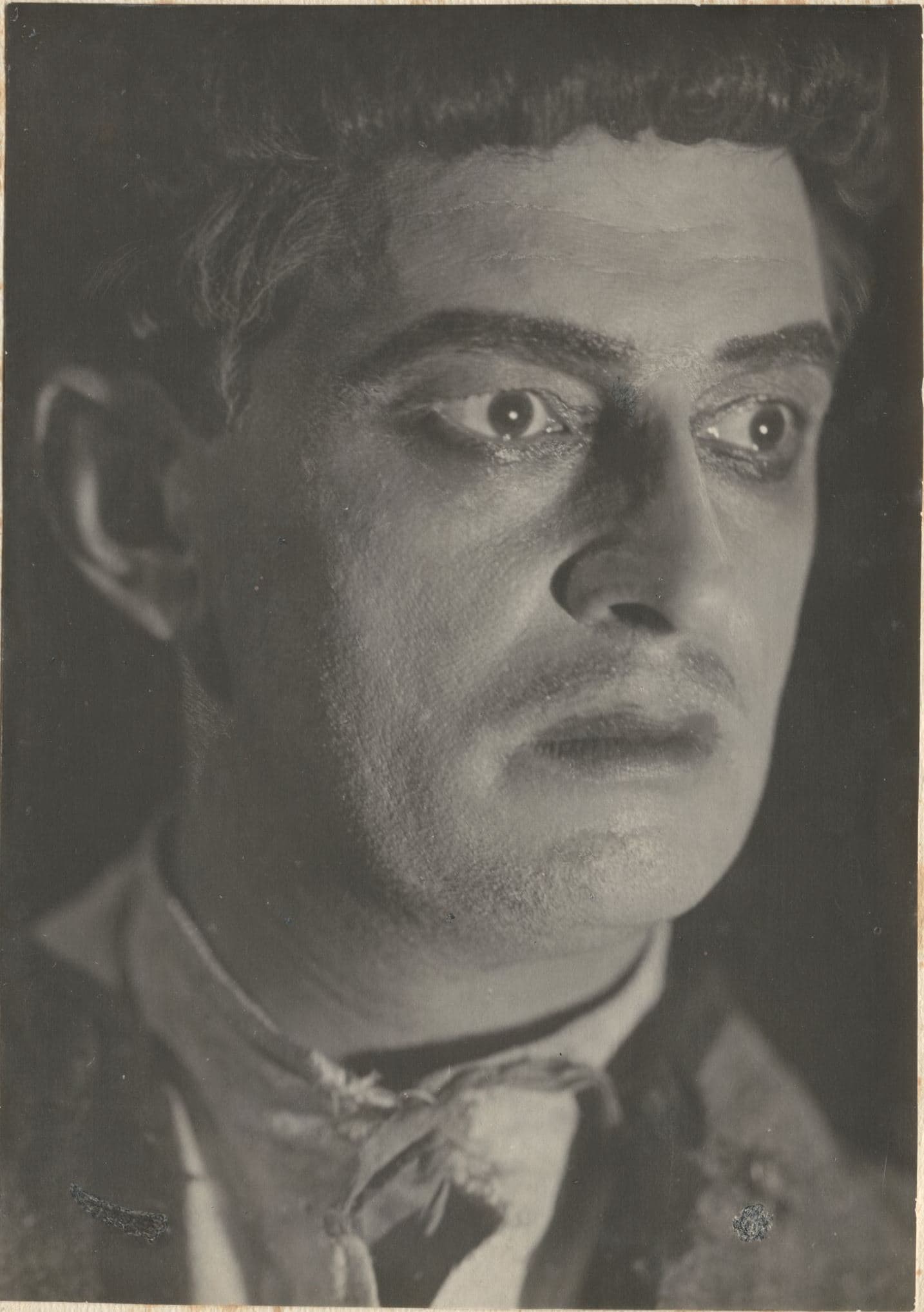