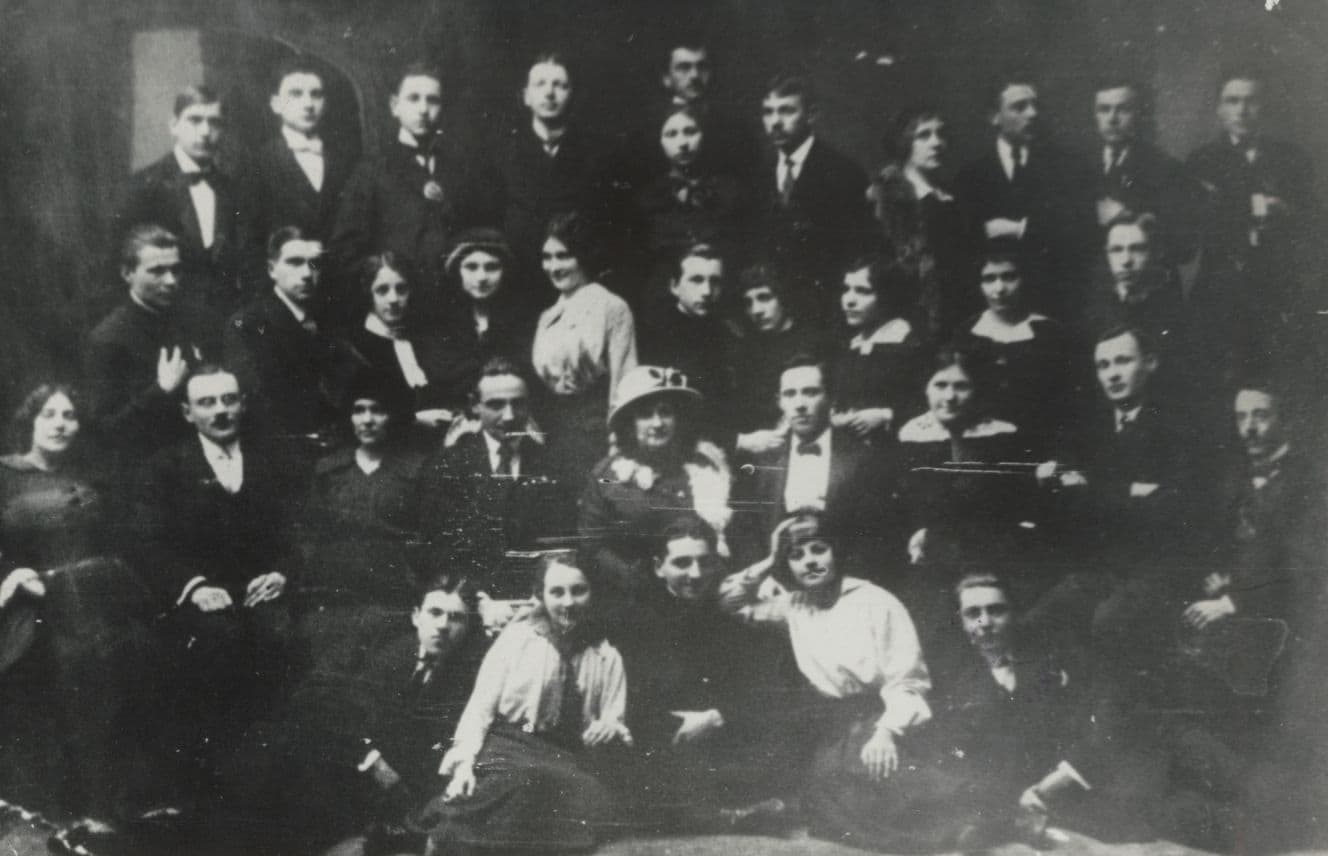 Ternopil Theatrical Evenings was the first professional theater founded by Les Kurbas in Russian Army-occupied Ternopil in the fall of 1915. According to Teofil Demchuk’s memoirs, Kurbas came to the city in early September 1915 and “quickly gathered actors of the Ruska Besida Theater who were caught by the war in the town of Borshchiv, Ternopil region, and with the help of Volodymyr Nalyvaiko, a student at Lviv University, organized a theater known as the Ternopil Theatrical Evenings. The group had professional actors (M. Bentsal, T. Bentsaleva, F. Lopatynska, H. Yurchakova) as well as amateurs (Y. Bortnyk, V. Kalyn, T. Demchuk, O. Volynets, and others).

The theater opened with a performance of Natalka Poltavka on October 18, 1915 in the Svitiaz cinema. This was followed by H. Kvitka-Osnovianenko’s The Courtship at Honcharivka; M. Kropyvnytskyi’s They Made Fools of Themselves, Oh, Hryts Don’t Go; and M. Starytskyi’s Aza the Gypsy. This repertoire was familiar to Ukrainian peasants turned soldiers. A highlight of the Ternopil Theatrical Evenings program was Volodymyr Vynnychenko’s modernist play Black Panther and White Bear, directed by Les Kurbas in 1916.

The theater gave performances 4-6 times a week in the Svitiaz and Podillia cinemas, and from December 1915 in the hall of the Burgher Brotherhood. According to wartime requirements, the theater administration had to get a separate permit for each performance and theater tickets were considered passes for civilians returning home.

During his management of the Ternopil Theatrical Evenings, Les Kurbas demonstrated his abilities not only as a director and actor, but also as a skilled organizer, talented choirmaster, choreographer and set designer. He spent a lot of time working with young actors, helping V. Kalyn, F. Lopatynskyi and M. Bentsal develop their artistic talents. Bentsal took over the Ternopil Theatrical Evenings after Les Kurbas left for Kyiv and the theater continued giving performances in 1916-1917.

The troupe’s second season had a clear national-patriotic focus. As director, M. Bentsal preferred Ukrainian classics: Slave by Taras Shevchenko; Shelmenko the Myrmidon by Hryhorii Kvitka-Osnovianenko; The Fortuneless Maiden, The Cooper’s Daughter, The Servant Girl by I. Karpenko-Karyi; The Daughter of the Harness Maker by Panas Mirnyi; and others. In 1916 the group gained new members, including the leading comedy actor I. Rubchak and the novice actor M. Krushelnytskyi. In 1917 the popular actress S. Stadnykova performed with the Ternopil Theatrical Evenings.

The Ternopil Theatrical Evenings gave some 320 performances from October 1915 through August 1917. This group, which had more than 50 cast members at different times, in addition to performances held evenings in memory of Taras Shevchenko and Ivan Franko, and other cultural and artistic events. During his time with the theater, Les Kurbas laid the foundations of his pedagogical system, thanks to which Ternopil Theatrical Evenings became a creative start for young performers who later became actors of the Young Theater, Berezil Theater, and others.