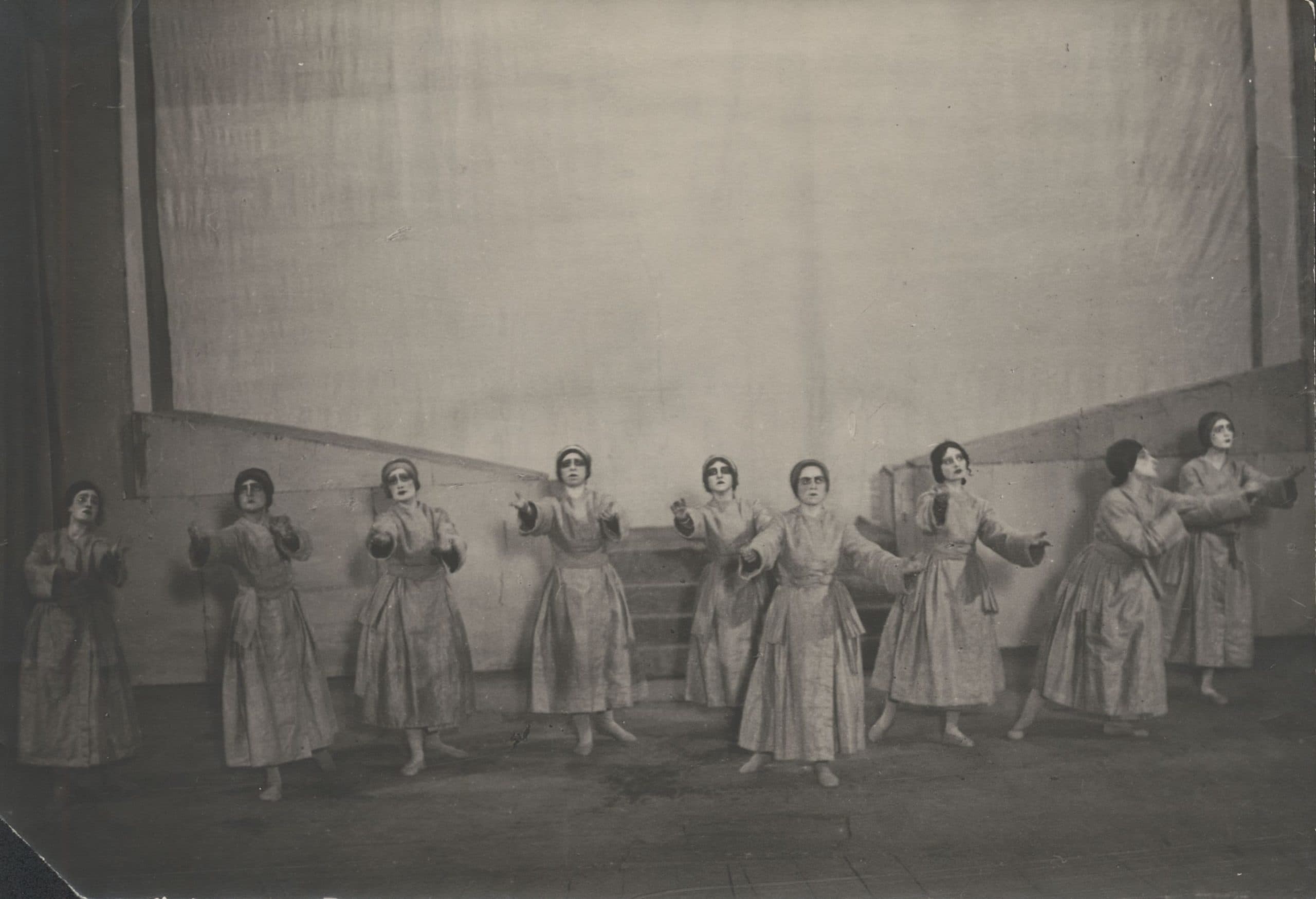 Les Kurbas’s relationship with the Taras Shevchenko First Theater of the Ukrainian Soviet Republic was not simple: on the one hand, this is where he staged one of his best shows – Haidamaky; and on the other, it was this theater that absorbed his brainchild – the Young Theater.

By government decision, in autumn 1918 the Ukrainian National Theater in Kyiv was reorganized and the State Drama Theater (SDT) was established under the artistic direction of Oleksandr Zaharov. The theater opened on November 28, 1918 on Merinhivska Street (today Zankovetskoyi Street, the building has not survived) with the first ever performance of Lesia Ukrainka’s The Forest Song (director B. Krzhyvetskyi, artist M. Mykhailov, costume designer M. Kitchner, composer B. Yanovskyi).

The SDT troupe included actors H. Borysohlibska, L. Hakkebush, N. Doroshenko, A. Zalevska, I. Zamychkovskyi, P. Kovalenko, F. Levytskyi, I. Marianenko, and others. The repertoire consisted mostly of world classics and modern Ukrainian plays: The Impostor by Molière; The Mistress of the Inn by Carlo Goldoni; The Weavers and Drayman Henschel by Gerhart Hauptmann; Ghosts by Henrik Ibsen; Between the Two Forces by Volodymyr Vynnychenko.

The SDT existed only a few months; in the spring of 1919 the new government reorganized it and renamed it the Taras Shevchenko First State Drama Theater of the Ukrainian Soviet Republic and issued a directive merging it with the Young Theater. This group began performing at the former Bourgogne Theater, which became known as the Taras Shevchenko Theater (now the Lesia Ukrainka National Academic Theater of Russian Drama). Oleksandr Zaharov was appointed director and Ivan Marianenko was made commissioner. Les Kurbas was also formally part of the theater.

In early 1920, the repertoire of the Taras Shevchenko Theater now includes The Government Inspector by Mykola Hohol (directed by O. Zaharov), which became very successful due to Les Kurbas’s portrayal of Khlestakov. As Y. Hirniak wrote: “Every image, every mise-en-scène, every gesture and stunt was the fruits of whole generations of actors. The director transferred them to the Ukrainian stage with great knowledge, artistic taste and tact.”

The collaboration between Les Kurbas and Oleksandr Zaharov ended with a masterpiece of Ukrainian theater – the premiere of Taras Shevchenko’s Haidamaky on March 10, 1920 on the stage of the City Opera (today the National Opera of Ukraine). Performed by a united troupe of Kyiv artists, the allegorical performance became legendary thanks to the metaphorical and symbolic directing by Kurbas, the symphony of visuals and acoustics, and the exceptional acting. This work by Les Kurbas has long been one of the most famous performances of Ukrainian theater.

The 1921 schedule of the Taras Shevchenko Theater was augmented with performances of Evening of Works by Lesia Ukrainka, The Fireplace Master by Lesia Ukrainka, Taras Shevchenko’s poems Ivan Gus, The Poplar and Centurion directed by O. Zaharov. However, in the summer of 1921, O. Zaharov left and the theater ended up without a director. It was then run by a board headed by D. Rovynskyi. Les Kurbas and his colleagues rejoined the theater in autumn 1921.

The Taras Shevchenko Theater has been located in Dnipro (formerly Dnipropetrovsk) ever since the 1927-28 season. Its directors have been: V. Bozhko, A. Kantsedailo, D. Lazurenko, O. Smyrnov, R. Stepanenko, I. Terentiev, M. Tinskyi, I. Yukhymenko, and others. The troupe has had many talented actors, such as: L. Bondarenko, V. Hunkin, L. Kushkova, H. Marynych, I. Medianyk, A. Khoroshun, Z. Khrukalova, and others. In December 2018 – on its 100th anniversary – the theater was granted national status. 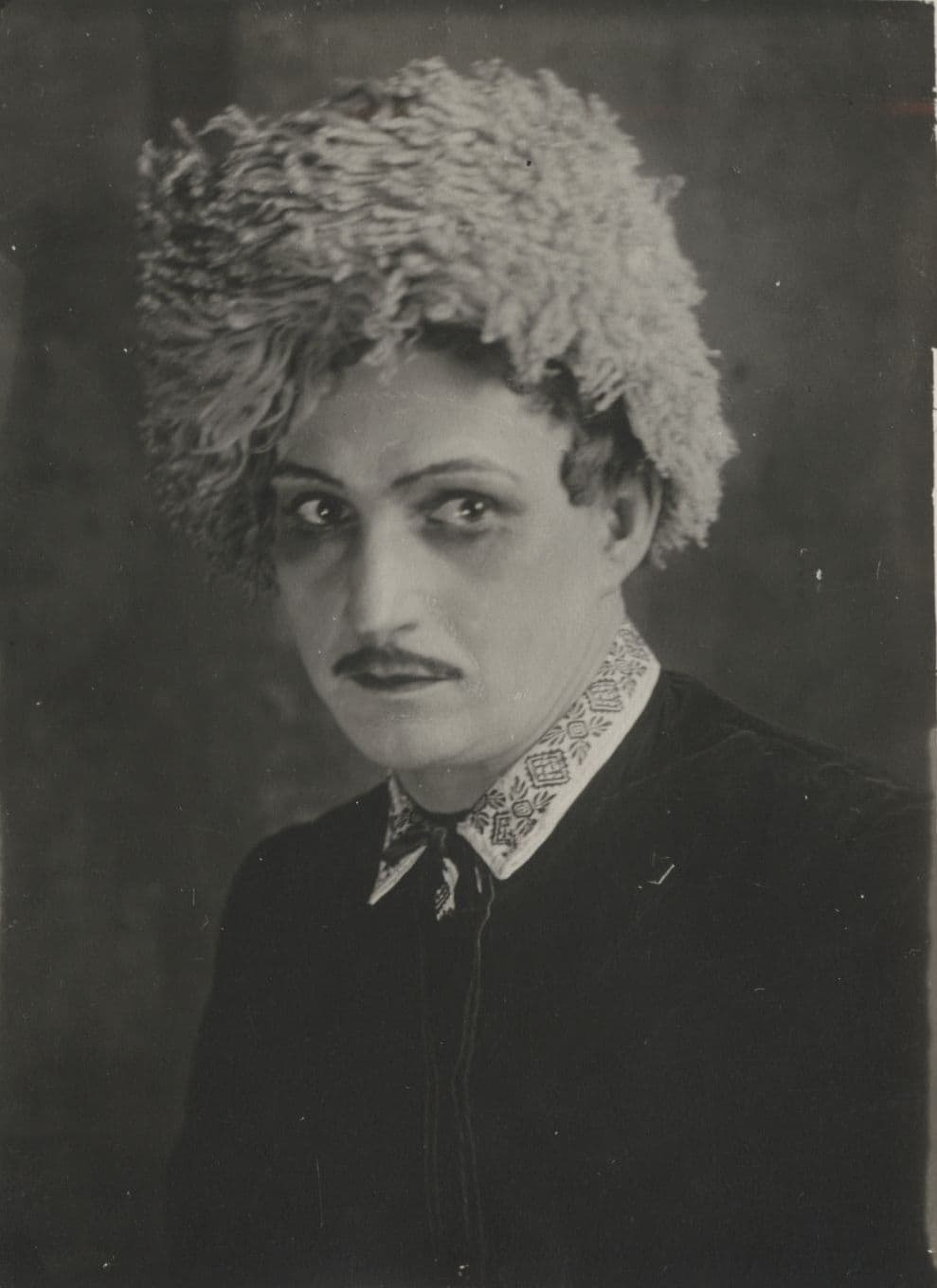